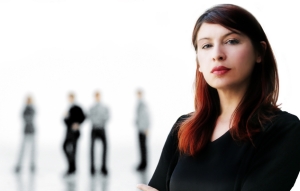 Whether asked aloud or not, all too often the opinions of others are an important consideration when thinking about and executing change. As we have discussed in earlier blogs, it is important to get input from a range of people who will be affected by the change. It can inform decisions about what to change, when to change, and how to execute the change. So, asking, What does Mary think? makes sense when done at the right time, and in the right way. But, all too often, how we respond to the answer does not.

I had just begun grad school in September 1971 when I received my draft notice. In order to complete the semester, I enrolled “delayed enlistment” in the US Air Force; I began basic training in early 1972. Among the 48 men in our training group was “Airman Jones.” Airman Jones was from a rural part of the country, not highly educated, and not very coordinated. At the same time, he was good humored, and was one of the most hard-working people I have ever known. Everyone was willing to put in an extra effort to make sure that he was able to keep up with the rest of us in meeting our academic and physical requirements. What we never were able to do, however, was to train him to stay in step when marching. Sometimes he would step off with the wrong foot, sometimes not. It really didn’t matter; either way, he would regularly drift in and out of step with the other 47 of us.

There is a marching command, “Change Step, March.” On the word “March,” everyone does a quick “step-step” within a single beat of the cadence. The result is that you essentially are marching “Left. Right. Left. Right-Right. Left. Right.” We became very skilled at executing this command, which was given with one slight modification… “With the exception of Airman Jones, Change Step, March.” The result, 47 of us were regularly adjusting our pace to be in step with the one person who could not stay in step with us.

I tell this story because it is much like asking, “What does Mary think?” and then adjusting to align with the answer, regardless of what it is. And, when it comes to change, in one way or another this happens all too often. The top salesperson is allowed to maintain an administrative assistant and call his orders in rather than moving to filing them digitally on a tablet because “Tom isn’t technically savvy and he is too important to lose.” The CIO agrees to keep shadow systems running for the CFO because she doesn’t like “making all that information so readily available to others.” Joe’s newspaper continues to get delivered to the apartment door even though he has long-since moved out because “What would the neighbors think if they find out we are getting a divorce?” If Tom doesn’t need to become digitally savvy, the word soon spreads that you are not really serious about the change. If the CFO can run shadow systems to continue to maintain control over information, the purchasing department in Des Moines will be doing the same thing soon enough. And, sooner or later, the neighbor will know Joe is no longer living there, and why…and will most likely just shrug and go about her own business.

If the change is big, it’s tough. And when you are executing tough change, people are not going to be happy. If it is really okay to adapt the change when it makes Mary, or Tom, or you uncomfortable, then how important is it?

What do you think? Comments and your own related stories are welcomed below.

This free all-day conference offers a wide array of topics for small business owners. In the afternoon I am on a panel with other members of the National Gay and Lesbian Chamber of Commerce as we address the importance of creativity when moving through the pandemic.

In this podcast co-hosted with Tony Carnesi, we address the DOing and BEing of entrepreneurship and business leadership. Our guests speak to your challenges and their experiences as they moved through similar ones of their own.

I have been selected as one of eight presenters for TEDx Hartford; our theme is Redefine. Join me on December 6. We will (tentatively) be live at the Hartford Marriott, and live streaming. I am honored and humbled to be a participant on the TEDx stage!

Everything about life involves both DOing and BEing. When working with business owners and leaders, I often work with Tony Carnesi. Tony is a  a business improvement specialist and focuses on what they need to DO to achieve the success they are seeking. I coach them on who they need to BE. We have recently launched a weekly podcast for those who are seeking to learn from the experience of others. Check out it’s DO-BE time!

What if we taught children how to more easily and successfully move through the disruptive changes in their lives? Join me on the journey as I pursue this idea and bring it to life!

"Dear Brian, once again I want to thank you for your insightful and compassionate support during our coaching program together.  I celebrate the new … END_OF_DOCUMENT_TOKEN_TO_BE_REPLACED